We are blessed beyond measure to have these anointed men and women serving along side us in ministry. 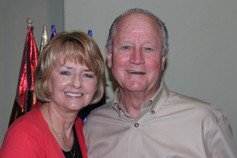 Pastor Jerry Quillen was born in to a family with a strong Christian heritage. His grandfather started over 50 Assembly of God churches as he made his way from Oklahoma to California during the 1920’s and 30’s.

Like so many, Jerry was saved young and felt the call of God on his life in his teens. And like so many, he was drawn away by the world and became bound by sin. He married his high school sweetheart, Susan, two years out of school. Lots of drugs and alcohol, three children and seven years later it was about to end in divorce. In September 1976, they decided to talk with an aunt (who was also a pastor) and they left her home having rededicated themselves to the Lord.

In 1985 they founded the Modesto Love Center emergency food pantry and pioneered Victory Life Center Church. In 1994 they founded the Stanislaus County Food Bank, which soon grew to be the largest food bank in the area. In 1999 they received a grant from California Department of Education to administer the Commodity Supplement Food Program in Stanislaus County. Millions of pounds of food have been distributed to the needy through these outreach ministries. Tender Hearts Childcare Center was opened in 2001 with a Prop 10 grant enabling the church to provide quality, subsidized childcare to 70 children in the Modesto area.

In addition, Victory Life Center has built 2churches on Indian Reservations and 1 church in Mexico through its Missions Department and has planted 9 churches in California and 1 in Utah.

The Quillen's live in Hughson. They have 3 children and 10 grandchildren. 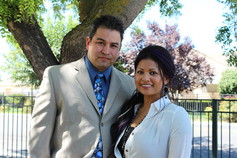 As a teenager Matthew was struggling with emotional turmoil caused by anger and feelings of emptiness. Matthew tried to fill this emptiness with runway modeling in San Francisco and was runner up in a Mr. Universe competition. He also discovered a passion for drama and his plan was to use modeling to open doors to an acting career. However, Matthew still felt an emptiness inside that his activities could not fill. During his senior year of high school, Matthew met a young woman that he fell in love with. She later moved to Modesto but the two stayed in touch by phone and through letters. During one of their visits with each other the young woman told Matthew that she only thought of him as a friend, nothing more. That night Matthew went home thinking of ways to end his life, to get back at all the people who had hurt and disappointed him over the years. Thinking of taking a bunch of pills and never waking up, Matthew heard a voice speak to his heart, "You gave the world 100%, why not me?" Matthew recognized it was God speaking to him and remembered his relationship with Jesus as a young child. This began his quest to find a church and begin his spiritual journey. A month later he found a church and the young people had such an impact on him because of their love for God and uncompromising faith. This is when Matthew felt the desire to go into ministry. The Lord led Matthew to Modesto in 1996 where he started attending Victory Life Center and became assistant youth pastor under pastor Lary Sweeten. He later took over the prison ministry led by Pastor Steve Allen. He served as Volunteer Chaplain for 10 years. Matthew became a staff pastor under Pastor Jerry Quillen in 2001. That same year he married Erica, the young woman who had told him years ago that they could only be friends. Erica has ministered in Romania, Cambodia and Hawaii, sharing the love of Christ. They are happily married and have been serving as Youth Pastors since 2009. Every week, without fail, they share the Word of God and pour into the lives of young people. 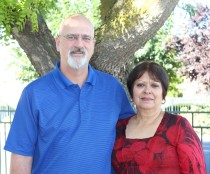 Pastor Andy and Martha have been on staff since 2004.  Andy has worked as the manager of our CSFP program, led the Intercessory Prayer team, started a motorcycle ministry in 2009 called Covenant Riders and is currently a Chaplain at the Modesto Vet Center here in Modesto. Martha has helped facilitate several women's conferences and Bible studies and serves alongside her husband with Covenant Riders. Andy and Martha have a powerful testimony on forgiveness...as they have forgiven the person that took the life of their son Dean. The Lord uses them over and over again as they travel to different churches sharing the power of God's forgiveness. Andy and Martha have 3 children, 4 grandchildren and 2 great-grandchildren. 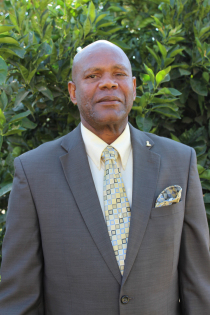 Pastor Sherman is a man on a mission!

He graduated from the Modesto Gospel Mission Program in 1995. Since then, he has helped minister to others who are in need.  He knows the importance of giving back to the community. Working closely with the Mission administration and staff he currently oversees and coordinates getting volunteers from our church to help serve dinner to the guests of the mission as well as scheduling speakers to minister to them.

He also serves as the Bus Ministry leader at Victory Life Center. If someone local needs a ride to Sunday morning services, you can be assured that Pastor Sherman will be there to pick them up and deliver them on time for service!

Pastor Sherman has a heart for our community. He serves on the Modesto Police Clergy Council, is a board member and overseer at Mable Avenue Church, is a board member of Staff of Life Ministries Stanislaus County Crystal Clear Awards and works with Red Cross as a driver for Emergency Response Vehicle & Shelter operations.